How to Bannish Bad Breath 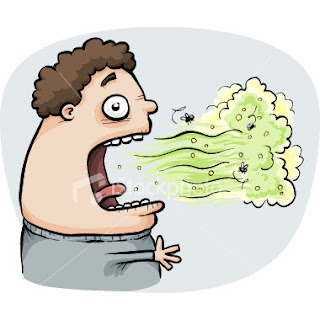 According to WebMD, bad breath often strikes when people aren't properly taking care of their oral health. The odor is usually caused by decaying food particles and bacteria in your mouth. That's why brushing and flossing your teeth is so important, but don't forget to gently brush your tongue to get rid of even more bacteria.

Here are some ways to prevent bad breath:

A clean tongue goes a long way. According to Stephen Z. Wolner, a dentist in private practice in New York City. "Your tongue microscopically is like a shaggy carpet. There are millions of filaments on your tongue that trap tiny food particles and bacteria," he says. Get in the habit of regularly cleaning your tongue using a toothbrush, the edge of a spoon, or a tongue cleaner. If you have any mouth guards or oral devices, make sure to clean them thoroughly before putting them back in your mouth.

Mouthwash isn't a bad idea, but it's only a temporary fix. Granted, a little mouthwash comes in handy before a romantic dinner for two, but it masks the odor instead of tackling the source of your problem. 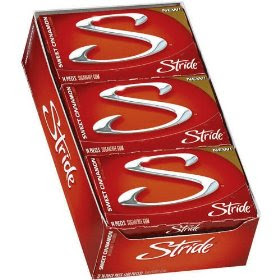 Chew gum like it's going out of style. Believe it or not, saliva is your best weapon against bad breath. That's why dry mouth, often caused by certain medications or medical conditions, leads to odor problems. By washing away food particles and bacteria, saliva helps to eliminate odor, too. Mints, on the other hand, don't usually stimulate saliva production and only temporarily mask bad odor.

When you chew gum it makes you salivate, and the more saliva you have in your mouth the fewer bacteria you have. It not only mechanically washes bacteria out, but we have antiseptic and enzymes in our saliva that kill bacteria.

Chew gum with xylitol. While anything that makes you salivate will improve your breath, a gum that is sweetened with xylitol is your best option. Xylitol is a sugar substitute that not only increases salvation but also works to prevent bacteria from replicating in the mouth.

Choose cinnamon -- it's sweeter. A recent study of the cinnamon-flavored gum Big Red found that cinnamon might have breath-odor fighting abilities. Unlike other flavors, cinnamon is not just a cover-up, Wolner tells WebMD. In fact, he says, an ingredient in the flavoring appears to actually decrease the bacteria in your mouth. The only problem is that sugar gums are bad for your teeth, so stick to sugarless cinnamon-flavored gum instead, like Stride Gum's cinnamon.

Drink more water. The older you get the more likely you are to get dehydrated. You might not even notice you're thirsty, so make drinking water a habit, because water will help keep the bacteria in your mouth to a minimum. Drinking water has a lot of health benefits, and preventing bad breath is one of them. 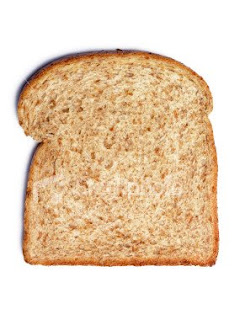 Rule out rare causes for bad breath. While most bad breath can be banished with simple hygienic steps, there are times when dental or medical conditions might be the culprit. Make an appointment with your dentist if an unsavory odor takes residence in your mouth. On rare occasions bad breath can signal a larger problem, including infection, and even kidney or liver failure, you should also visit a doctor if your dentist doesn't find a cause for your bad breath problem.

Have a slice of bread. If you're on one of the many popular low-carb diets, remember that bad breath or "ketone breath" is a potential side effect when you always have that burger sans bun. Whole grain bread is the best choice. You can try different methods of masking the odor, such as gum or tart candies, but adding a few carbs to your daily diet might also do the trick.

Source: most of this information comes from www.webMD.com

Labels: how to, hygene

I have missed your helpful comments. I will now have to check my breath with a few strategic blows.